In Spain we adore jamón, a cured ham that is a staple of any tapas menu. Step into any bar and chances are there will be a ham leg sitting there so waiters can slice off thin strips, or several ham legs hanging from the ceiling. Jamón Ibérico is Spain’s highest quality ham, made from black Iberian pigs that subsist mainly on a diet of acorns. 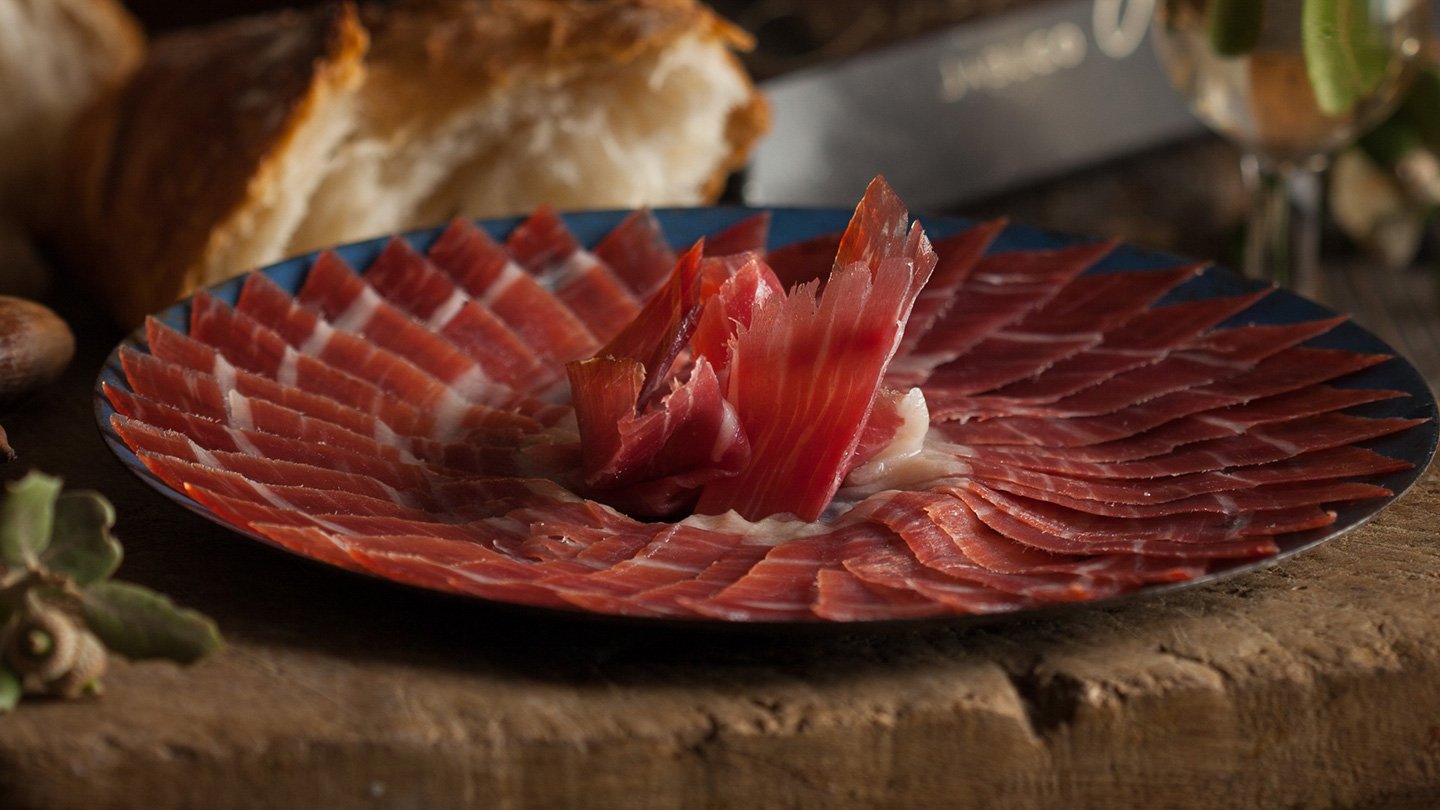 There are four grades of jamón ibérico, categorised primarily by the diet of the pigs. The curing process remains almost the same, but the length for which they are aged will differ with the lower grade hams receiving little more than a year of hanging and the very best up to four years.

And it is also worth sampling these excellent Serrano hams with a different Spanish ham Designation of Origin seal:

Fresh hams are trimmed and cleaned, then stacked and covered with salt for about two weeks in order to draw off excess moisture and preserve the meat from spoiling. The salt is then washed off and the hams are hung to dry for about six months. Finally, the hams are hung in a cool, dry place for six to eighteen months, depending on the climate, as well as the size and type of ham being cured. The drying sheds (secaderos) are usually built at higher elevations, which is why the ham is called jamón serrano “mountain ham”.

Spain produces an astonishing quantity of 40M hams a year, including excellent varieties of the famous jamón serrano made from the dry-cured legs produced in regions such as Teruel and Trévelez. But, it is to the west you have to look for the finest jamón, to the vast tracts of land known as the Dehesa, an ecosystem of prairie-like grazing land dotted with encina trees, known as holm oak in English, which once covered almost 90% of the country but now only remains in the regions of Salamanca, Extremadura, Andalucia and across the border into Portugal.