The Iberian peninsula had been known since pre-Roman times for the high quality of swords originating from this region, which related to their manufacture, design, and ergonomics. Models such as the Iberian falcata (a short sword), or the gladius hispaniensis (a Roman short sword), were used by the Carthaginian and Roman troops from the times of the Second Punic War (2nd and 3rd Centuries BC). In subsequent periods of time, this short sword became one of the standard armaments of the Roman legions. The Ivanhoe Sword is a product of the world famous Art Gladius factory in the historic sword manufacturing city of Toledo, Spain. 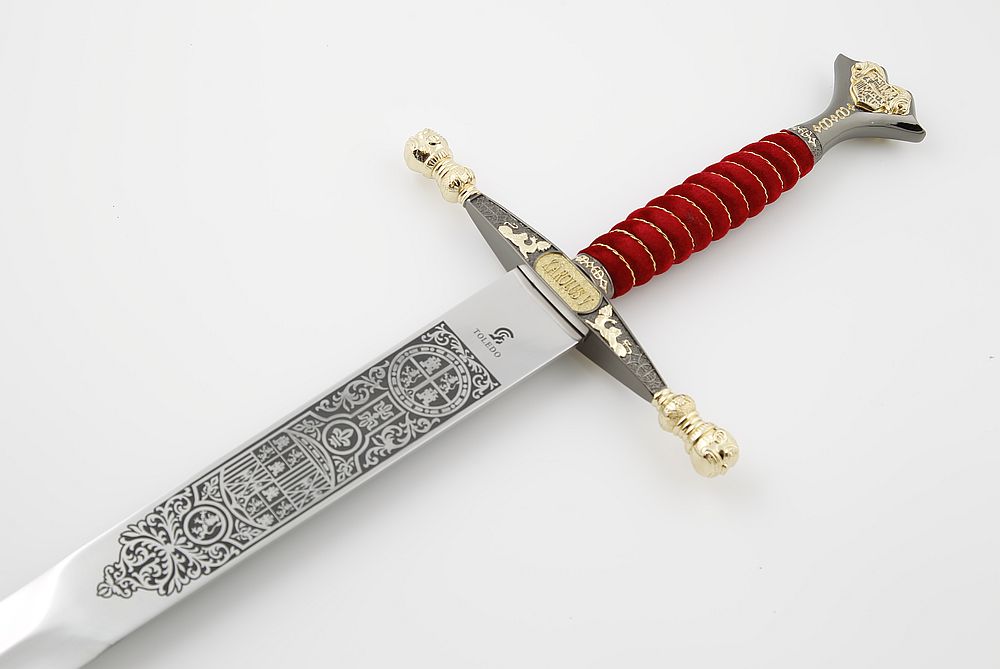 Toledo has a reputation for producing some of the finest swords in Europe and has been a centre of sword production for centuries. Toledo steel, known historically as unusually hard, is from Toledo, Spain, which has been a traditional sword-making, steel-working center since about 500 BC, and came to the attention of Rome when used by Hannibal in the Punic Wars. Soon, it became a standard source of weaponry for Roman legions.

Because most swords from Spain products are handcrafted by skilled artisan swordsmiths in Toledo, Spain, their production is time consuming and limited. Delivery times are estimates and can be sooner , but sometimes later, so plan your purchase early. Some important brands are Marto Swords (which also includes the officially licensed Conan product line), Mariano Zamorano, Bermejo, Gladius… They sell both retail to the public as well as wholesale to authorized dealers and interior decorators around the world.