Sales of Spanish wine continue to grow and the reason is fairly simple: Quality versus price. A number of years ago the Spanish wine section seemed a rather boring place to explore as all the available wines here seemed to be made with Tempranillo and Garnacha with hardly any interesting white wines of note.

That all changed just over three decades ago when regional Spain began to flex its muscles and introduced to all manner of new flavours. Tempranillo and Garnacha are still the dominant grapes, but as well as Rioja and Ribera del Duero we now have great value versions coming from old vines in every corner of the country each of which has its own character.

Obscure regions like Somontano in the Pyrenean foothills or the varied regions of Catalan such as Monsant and Priorat, Tarragona and Costers del Segre, all produce fruit driven great value wines. Moving south the full fruited Monastrell wines of Alicante, Valencia, Jumilla and Yecla are all worth trying. Also in the South East you will find Bobal-based red wines, particularly from Utiel-Requena with whites made from the floral Merseguera grape.

The vast plains of La Mancha used to be awash with light simple Airen for making brandy but this grape is now in decline and you will find high end producers trying to make great Cabernet-Merlot wines at altitude (eg, Vallegarcia) and others producing concentrated wines from pockets of old vines like Cariñena and Alicante Bouschet.

Ribeira Sacra is the area of ​​Galicia that includes the banks of the rivers Sil, Miño and Cabe. Specifically, it is located between the south of Lugo and north of Orense. Ribeira Sacra history goes back 2,000 years. It was the Romans who planted the first vines and monks perfected the technique.

Wine in the Basque Country (País Vasco in Spanish; Euskadi in Basque) is divided into two main categories: Txakoli (spelled Chacoli or Chakoli), which is the traditional Basque white wine; and the wines from the Rioja Alavesa, which produces red wines under the DOC of Rioja. 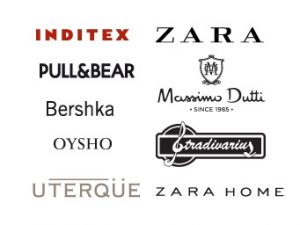